In 1898, only seven years after establishing her first Home in Berlin, Blessed Mother Maria Teresa went to the Netherlands in search of a Home for her young Carmelite foundation.  When she sought the advice of a Redemptorist Father, who was Rector of Our Lady of Zand, a pilgrimage church in Roermond, he said “firmly and emphatically, ‘You go to Sittard – that is the right place for you’”(AB pg. 99).

On March 12, 1898 Bl. Maria Teresa went to Sittard, the “City of Mary.”  Dean Linders showed her the corner house on Wehrerweg, and this property has been home to the Carmelites of the Divine Heart of Jesus ever since (except for a brief span of time from 1900-1906).

The building of the Theresienhaus to accommodate our sick and elderly Sisters was begun in 1926 and completed in 1927.

In 1927 Bl. Maria Teresa also had a tower built, atop of which was placed a beautiful statue of our Blessed Mother with the Divine Child in her arms, in gratitude to the Mother of God.

Care for the children which the Sisters had provided since 1906 continued until 1982, when the State decided that children live in family residences rather than in a large building.  In January 1983, the former Children’s Home was renovated and converted into a  » Besinningshuis.

The care for seniors which had begun in 1967 was turned over to the laity in 1983 due to the diminishing number of Sisters.

Today, almost 125 years since Bl. Maria Teresa first established the Carmelite Sisters of the Divine Heart of Jesus in Sittard, the Motherhouse continues to be residence for the General Administration, our senior Sisters continue to receive loving care and support in the Theresienhaus, and the » Regina Carmeli Besinningshuis is a spiritual home for many who experience there the peace and love found in the presence of God. 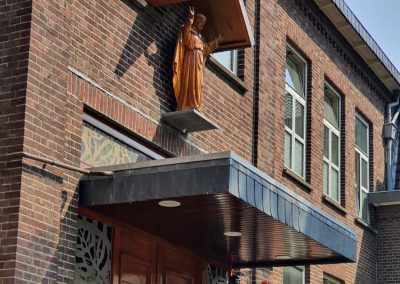 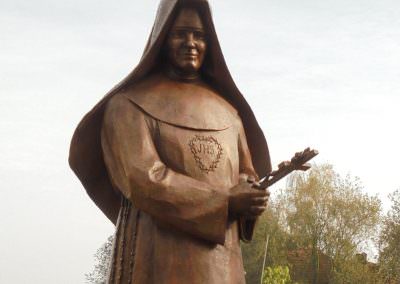 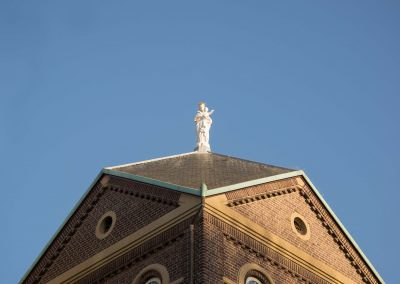 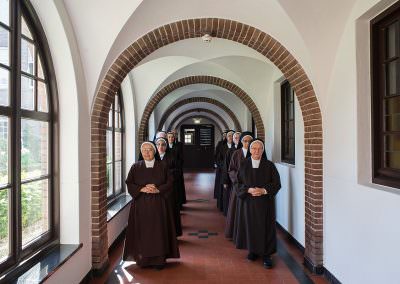 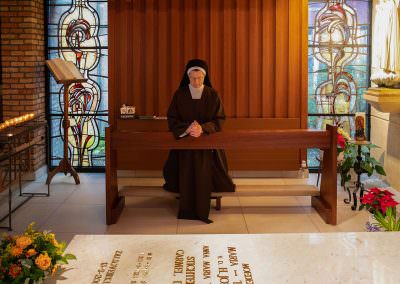 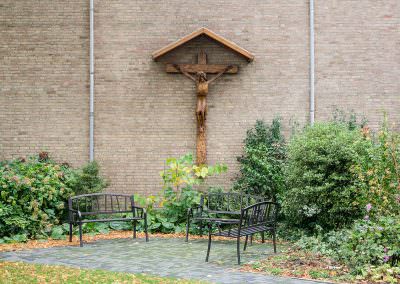 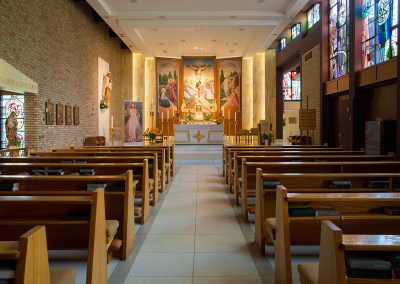 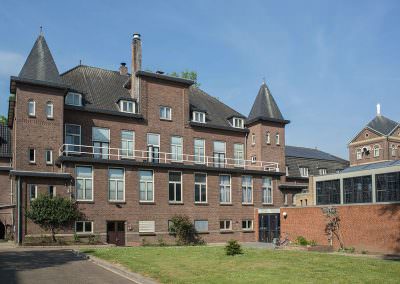