“For years a picture has been foremost in my mind: a house, a red brick building with the inscription over it: A Home for the Homeless. To build such a Home someday to help many a poor creature- that was my heartfelt desire” (AB p. 14).

Her father disowned her. Her bishops denied her. Her searches went unanswered. She was made to wait almost beyond human endurance. Poverty, loneliness and illness were her daily companions. But Anna Maria Tauscher (later known in religious life as Mother Maria Teresa) was gifted with an inner power stronger than her desert experience. Vision and fortitude and divine wisdom brought her through a lifetime of trails. Embracing every setback in the spirit of her beloved suffering Lord, she was successful in the end. Many women were to follow her and her Congregation lives today in service of God and the people of God, the Church, which she loved so well.

It was on the Feast of the Ascension, May 27, 1891, that Bl. Maria Teresa asked Msgr. Jahnel, head of the Cathedral Chapter at St. Hedwig’s, for permission to open a Home for poor abandoned children. He gladly gave the permission and in July 1891, he offered her a house for a beginning, which was located on Pappelallee in the northern part of Berlin. She accepted the offer and arranged the rooms, recently vacated, for the children. On August 2, 1891, the first three children were accepted, and, as Bl. Maria Teresa herself tells us, “This was the beginning of the St. Joseph’s Homes, from which the Carmel of the Divine Heart of Jesus developed in 1898” (AB pg. 49).

The number of children continued to increase, and then starting in 1896, young women began to arrive seeking to assist in this work but as religious. From then on, religious life was observed, according to the Rule of Carmel and the Constitutions of St. Teresa. By 1897 forty women had joined her work and there were five Homes in Berlin. But Bl. Maria Teresa had not opened the St. Joseph’s Homes (as she called them) merely to be institutions of social work. Back in 1891, in a flash of inspiration, she had written that the purpose of the foundation would be consecration to the Divine Heart of Jesus for “atonement, personal sanctification and the salvation of souls.” Having encountered the Carmel through St. Teresa of Jesus, Bl. Maria Teresa found in the prayer and zeal of the Carmelite saints who offered their lives as victims of love for the salvation of souls and the triumph of the Church, her own program of life.

Encouraged by the advice of friends, Bl. Maria Teresa sought ecclesiastical recognition for her growing community of Sisters. But the Archbishop of Breslau, Cardinal Kopp, was of the opinion that the young community should unite with one of the established Congregations in his diocese. However, Bl. Maria Teresa remained firm in her conviction, “Had not Divine Providence led me to Carmel?” (AB pg. 74).

In 1897, on her first journey to Rome, she received an excellent recommendation from Cardinal Parocchi, Protector of the Carmelite Order. But, due to the strained situation of the Church in Germany, Cardinal Kopp still would not give either ecclesiastical approval or permission to wear the religious habit. Consequently, Bl. Maria Teresa left Berlin – leaving the Homes in the care of postulants and St. Joseph – to obtain the permission of a bishop who would allow her to establish a Motherhouse and Novitiate. For six years, she traveled from Bavaria to The Netherlands, to England, to Italy. Twice she received permission to erect a Motherhouse, but both times circumstances forced her to leave the diocese and close the novitiates without profession. Finally, in Rocca di Papa, Italy, in 1904, a Motherhouse was established. It was to remain there for 18 years until the home was confiscated during World War II and the Motherhouse was transferred to Sittard, The Netherlands.

Bl. Maria Teresa traveled through Europe, Canada, and the United States establishing Homes for Children, and, later, Homes for the Aged, spending her last years directing her Congregation from Sittard until her death on September 20, 1938. Her beautiful statement from her deathbed, “All that God does is good- always praise and glorify God” was her last will and testament to her Sisters.”

Blessed Bernhard Lichtenberg, who himself died in 1943 on his way to the concentration camp in Dachau, wrote at the time of her passing, “If you take a look from the little house in the courtyard of the St. Joseph’s Home in Pappelallee to the 58 convents in the Old and New World, another world opens up. It is a world in which the Foundress and first Superior General was a Mother to over 1,000 Sisters and 10,000 forsaken children. What a life, blessed by God to the highest degree! We mourn with Carmel and rejoice in deepest admiration of this blessed Mother.”

After the death of Bl. Maria Teresa, the Carmel of the Divine Heart continued to grow. More foundations sprang up in Germany, Austria, Switzerland, The Netherlands, Italy, Croatia, Hungary, Canada, and the United States. In the decades following her death, more new territory was enriched by the prayers and sacrificial lives of her spiritual daughters in Nicaragua, Brazil, and Venezuela, and then later in Cameroon, Iceland, Nigeria, Russia and Venezuela.

When the Berlin Wall fell in 1989, the convents which had been isolated behind the Iron Curtain, including the birthplace of the Carmel of the Divine Heart on Pappelallee, were once again opened to the rest of the Congregation. During the General Conference of 1991, the 100th anniversary of the foundation of the Congregation, thirty-seven Sisters left the General Motherhouse in Sittard, Netherlands in a caravan of vans, to visit the original home of the Carmel of the Divine Heart. The Sisters write of this experience, “We passed through the large entrance and found ourselves standing in the inner court, directly in front of the cradle of our Carmel D.C.J. For those of us who had never been here before, it was a very impressive moment” (Echo Spring 1991).

From the first small step in 1904 when approval was given for a Motherhouse in Rocca di Papa, Italy, to the initial reception of the Decretum Laudis in 1910 and the second in 1915 until finally in May 1930 when the Congregation received its final approbation, the hand of God has been present. Bl. Maria Teresa only ever referred to the founding of this new branch of the Carmel as “God’s work.” She writes, “The work, exterior as well as interior, is God’s work alone” (AB pg. 80). We pray that this Carmel of the Divine Heart, “God’s work” may continue to flourish and win many souls to the Heart of Christ. Her spiritual daughters today raise up their voices in gratitude, saying, “Mother, we thank you! Mother, we follow you!” 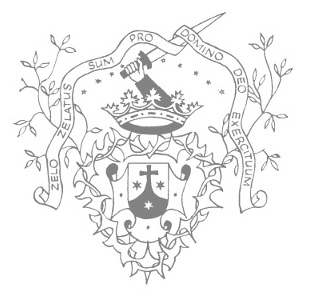 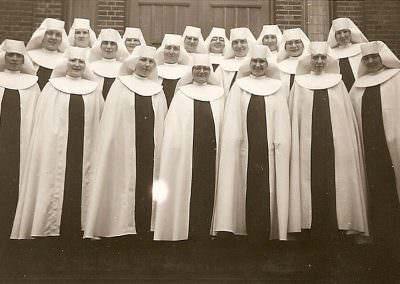 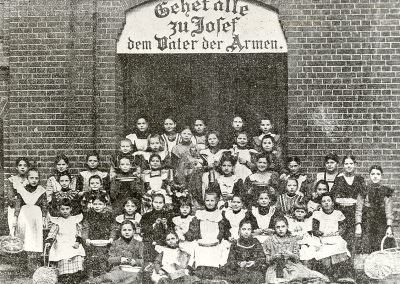 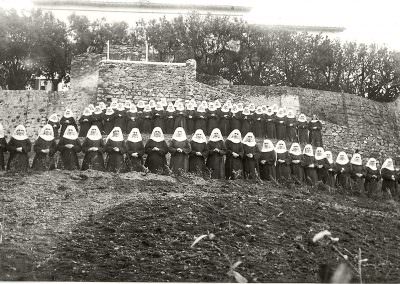 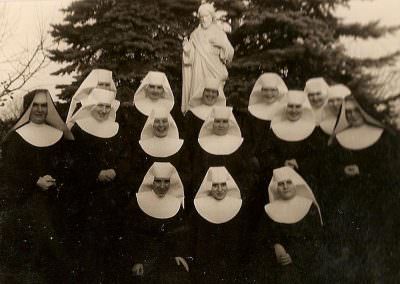 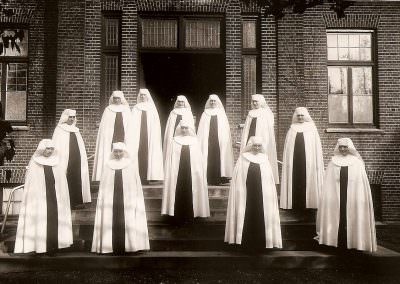 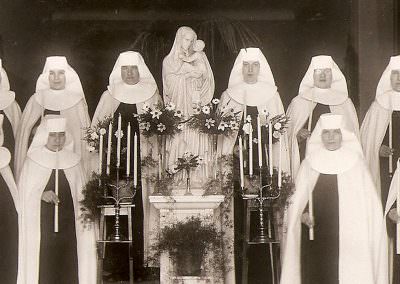 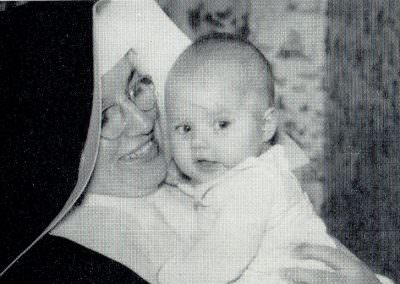 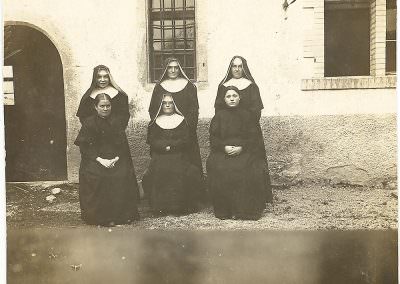